Expires at Home
—
WELL-KNOWN MAN FATALLY STRICKEN BY HEART ATTACK
—
Proprietor of Sunset Inn, Lansingburgh, Former Palace Lunch Owner, Dies Suddenly.
Mario Ciccotti, proprietor of the Sunset Inn, Lansingburgh, and owner of the former Palace Lunch in Third Street, died suddenly this morning at his residence 2321 Sixteenth Street.
Mr. Ciccotti was stricken with a heart attack about 10 a.m. and died shortly after despite the efforts of Fire Chief Cornelius A. Casey, Hosemen Edmund T. Moore and Frank B. Allendorph of the rescue squad who worked over him with a pulmotor. On the arrival of Dr. Alfred J. Purificato, the physician pronounced Mr. Ciccotti dead. Dr. H. G. Edmans, coroner gave a decision of death due to natural causes after a post-mortem examination. Death was attributed to coronary thrombosis.

In Troy Many Years.
A native of Italy, Mr. Ciccotti came to this country 35 years ago as a youth and five years later settled in Troy. He was a member of Troy Lodge, B. P. O. E., and Alba Novella Lodge, No. 324, American Sons of Italy. He always took a prominent part in the activities of both organizations.
The greater part of his 51 years was spent as a caterer, having been connected with the restaurant business for more than 28 years. He was well known to the many Trojans who frequented the Palace Lunch, which he conducted for 17 years on Third Street and the Belmont Lunch where he operated previously on Franklin Square for a number of years.
Eight months ago he opened the Sunset Inn, on Fifth Avenue, north of 124th Street, and was connected with that business at the time of his death. Last night he was at the Sunset Inn as usual and employees did not recall of his complaining of ill health.

Member of St. Anthony’s.
He was a member of St. Anthony’s Church from which the funeral will be conducted.
Survivors include his wife, the former Margaret Anthony; two sons, Mario Ciccotti, jr., and Rudolph Ciccotti and two daughters, Gloria and Josephine Ciccotti, all of Troy.
Times Record. March 1, 1940: 11 col 7. 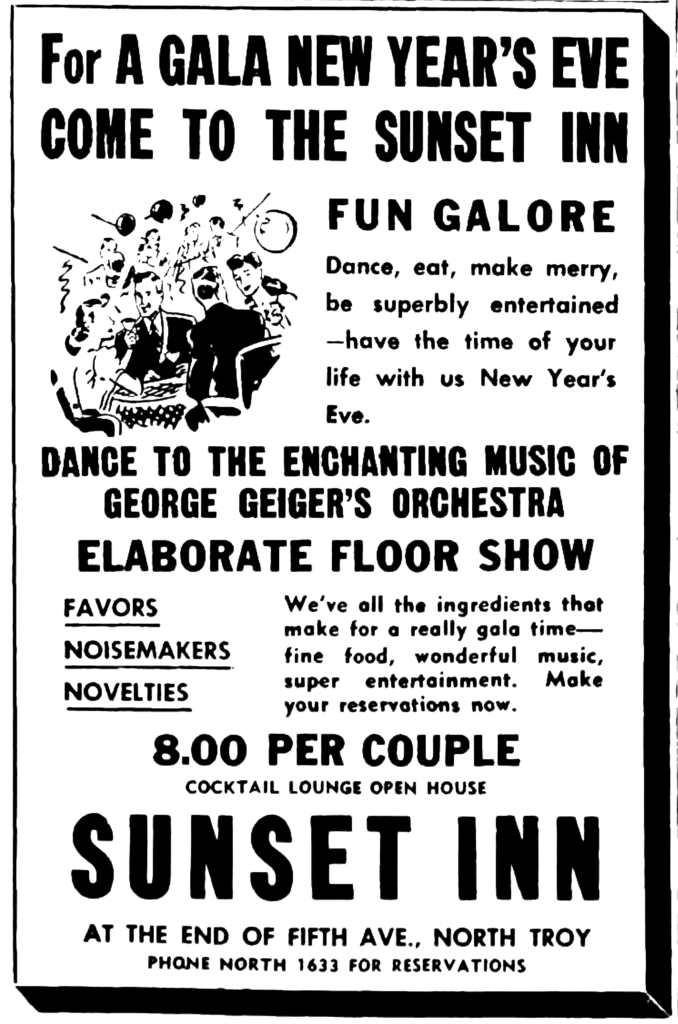