Maplewood Cemetery AKA New Cooksboro Cemetery AKA Cooksborough Rural Cemetery in the hamlet of Cooksborough in the Town of Pittstown. Close to the northern part of the former Town of Lansingburgh, many late former Burghers can be found there and some small family cemeteries were reinterred to it. A stone on the central old receiving vault states “Erected A. D. 1876”.

Visitors cannot fail to note a prominent set of “white bronze” (zinc) grave markers for the family of wealthy north Lansingburgh farmer Hiram Barnes (1804-1882) and his wife Polly Jackson (1804-1893) and the Eddy family monument capped with a statue of Pittstown farmer Jackson Eddy (1837-1886). 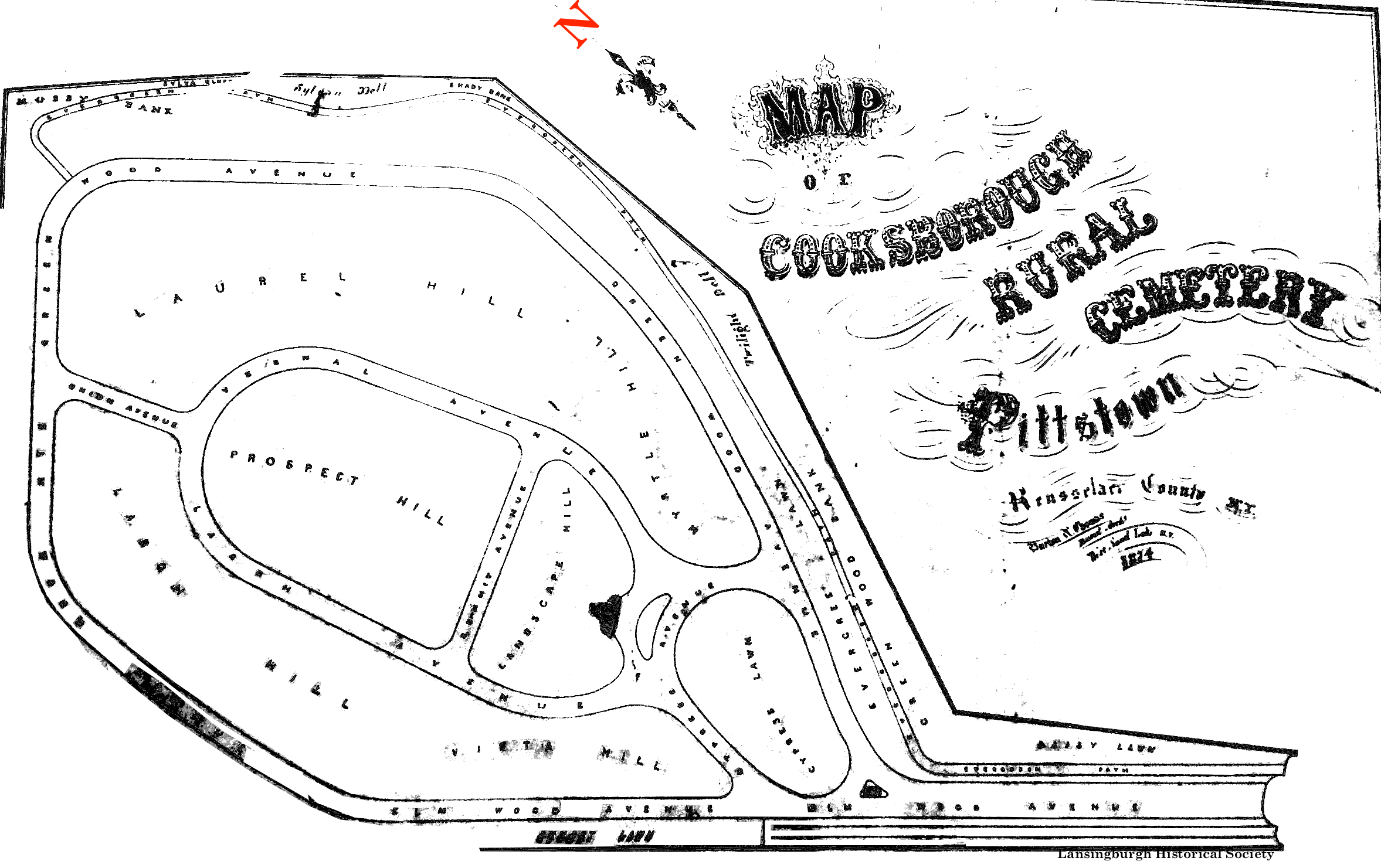 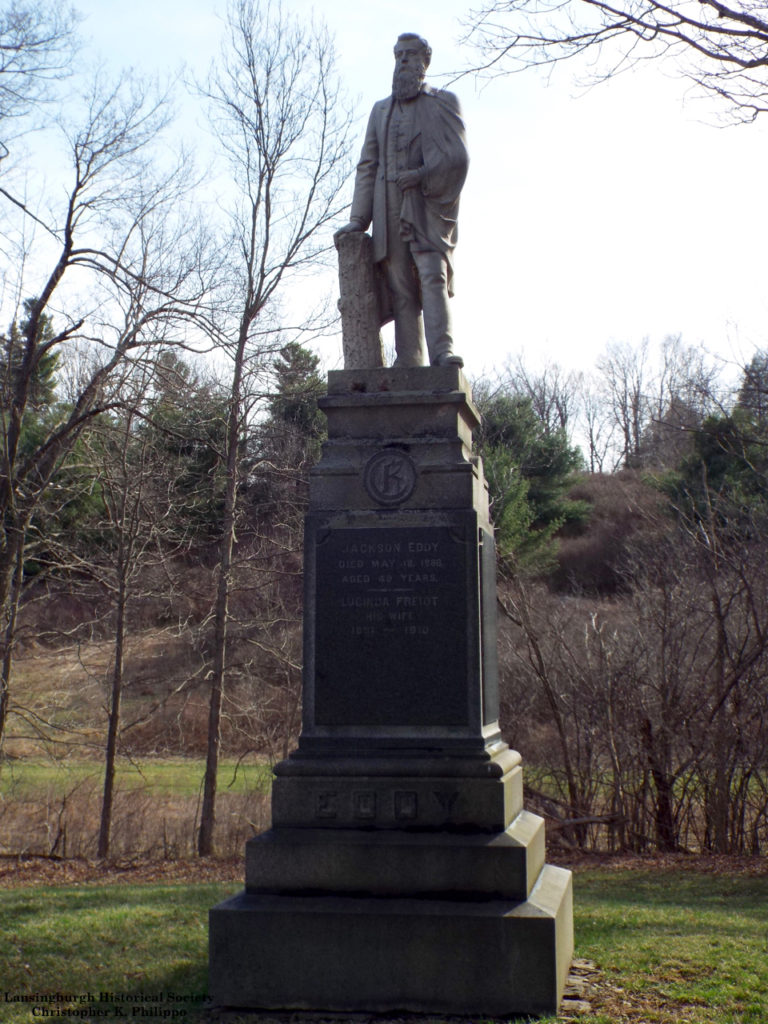 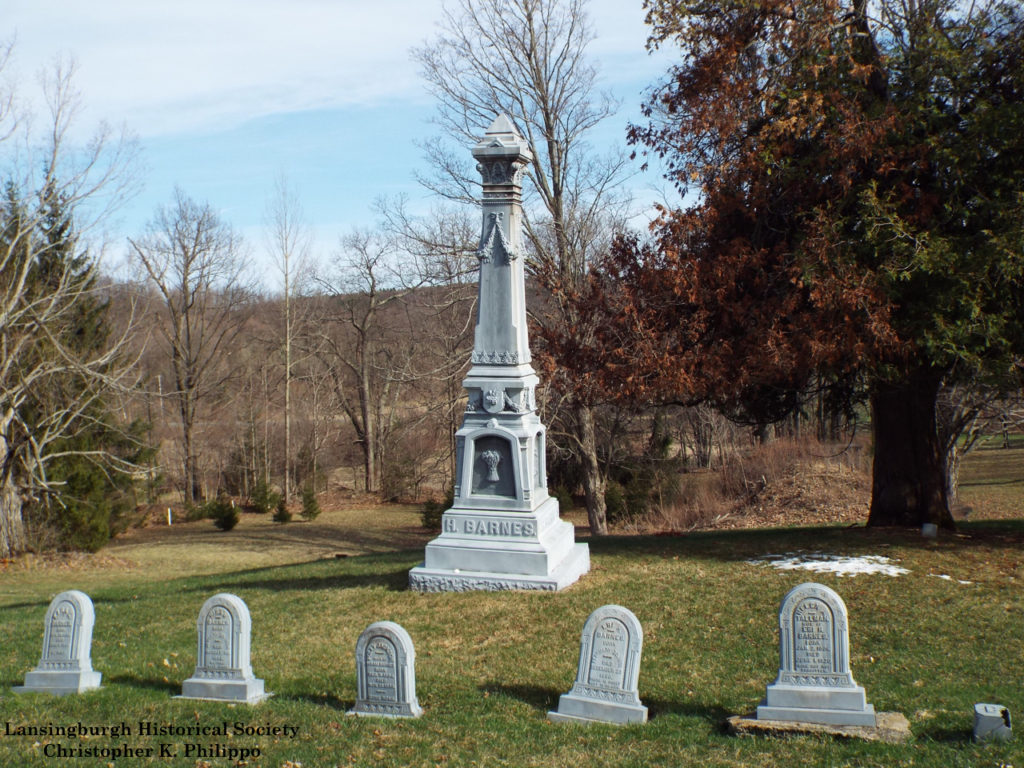