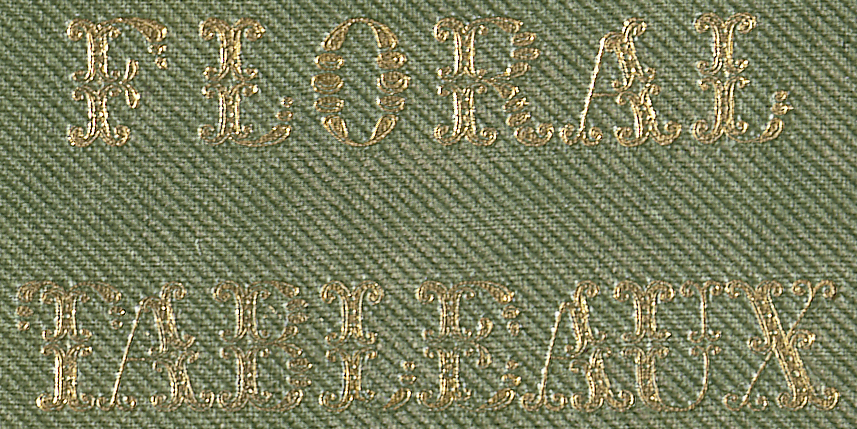 Detail of the cover of Andrews’ Floral Tableaux, from scan by Yale Center for British Art, Paul Mellon Collection.

For the flower messages from Hautia, Melville drew on the currently popular books on the language of flowers; he used Mrs. Frances S. Osgood’s The Poetry of Flowers or other similar flower books, at least one of which Elizabeth Melville owned.
Foster, Elizabeth S. “Historical Note.” Mardi. Eds. Harrison Hayford, et al. Evanston and Chicago: Northwestern UP, 1970. 674-675.

Floral Tableaux is an attractive book consisting of six illustrations and six accompanying poems: The Moss Rose, The Iris, The Camellia, The Geranium, The Fuchsia, The Petuna [sic]. Of those flowers, only the first two named are to be found in Mardi (unless other names are used for them); both also feature in his posthumously published Weeds and Wildings Chiefly: With a Rose Or Two. As such a slim gift book it would seem unlikely to have done much more than further color Melville’s interest in floral symbolism.

Andrews’ Floral Tableaux contains an advertisement for Tilt’s Illustrated Classics: Cowper’s Poems, and Thomson’s Seasons and Castle of Indolence, and several flower books:
Flora’s Gems; or, The Treasures of the Parterre in Twelve Bouquets
The Romance of Nature; or, The Flower Seasons Illustrated
Our Wild Flowers Familiarly Described and Illustrated
Lessons in Flower Painting; In a Series of Easy and Progressive Studies
The Poetry of Flowers; A Selection of the Best Poems on Flowers
Reflections on a Flower Garden
Progressive Drawing-Book of Flowers for Beginners
Le Langage des Fleurs

Also appearing below, an odd item (where else to mention it?) about a variety of petunia “the best of all” evidently named “Herman Melville” in 1889. Of course the name was not unique to the author; e.g. the 1880 US Census shows a farmer named Moses Melville in Newport, Illinois with a son named Herman B. Melville. However, plants more clearly referencing the author include: 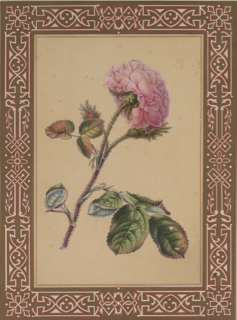 THE MOSS ROSE.
—
THE angel of the flowers, one day.
Beneath a rose-tree sleeping lay;—
That spirit to whom charge is given
To bathe young buds in dews of heaven;
Awaking from his light repose,
The angel whispered to the rose:—
“O, fondest object of my care,
Still fairest found, where all is fair;
For the sweet shade thou giv’st to me,
Ask what thou wilt, ’tis granted thee!”
“Then,” said the rose, with deepen’d glow,
“On me another grace bestow.”
The spirit paused in silent thought:—
What grace was there the flower had not?
‘Twas but a moment—o’er the rose
A veil of moss the angel throws;
And robed in nature’s simplest weed,
Could there a flower that rose exceed?

[Though not attributed in Andrews, “The Moss Rose” above is a translation into English poetry of the German prose “Die Moosrose” by Friedrich Adolf Krummacher (1767-1845).]

[Below, from Herman Melville’s Mardi:]
With many salams, the strangers were ushered into my presence by an old white-haired servitor of Media’s, who with a parting conge murmured, “From Queen Hautia,” then departed. Surprised, I stood mute, and welcomed them.
The first, with many smiles and blandishments, waved before me a many-tinted Iris: the flag-flower streaming with pennons. Advancing, the second then presented three rose-hued purple-veined Circea flowers, the dew still clinging to them. The third placed in my hand a moss-rose bud; then, a Venus-car.
“Thanks for your favors! now your message.”
Starting at this reception, graciously intended, they conferred a moment; when the Iris-bearer said in winning phrase, “We come from Hautia, whose moss-rose you hold.”
“All thanks to Hautia then; the bud is very fragrant.”
Then she pointed to the Venus-car.
“This too is sweet; thanks to Hautia for her flowers. Pray, bring me more.”
“He mocks our mistress,” and gliding from me, they waved witch-hazels, leaving me alone and wondering.
Informing Media of this scene, he smiled; threw out queer hints of Hautia; but knew not what her message meant. 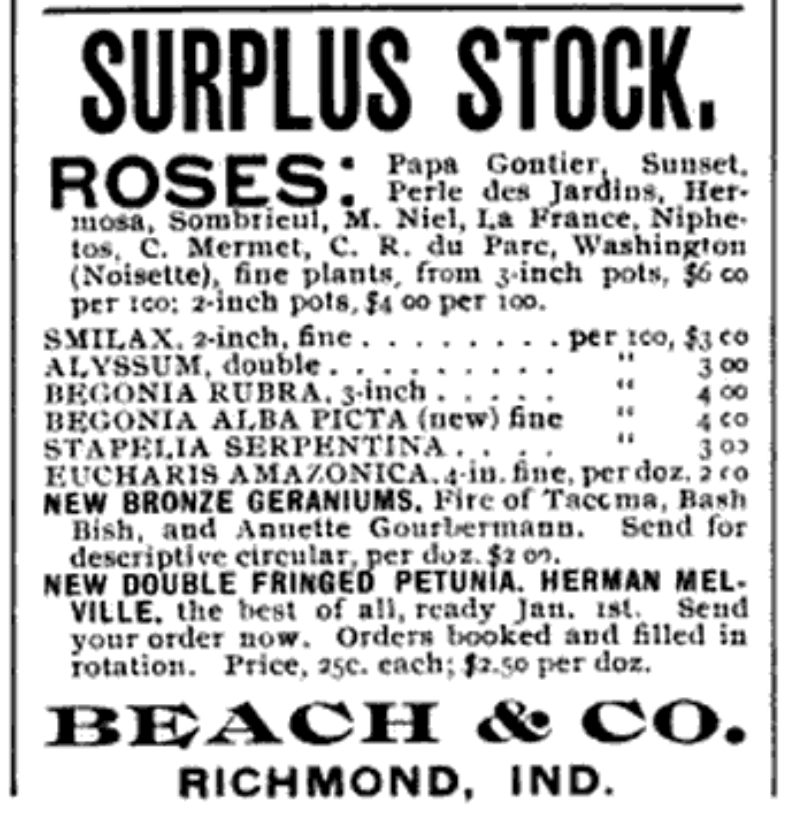