☞ The gas man has been in town once more. He has now purchased a location upon which to erect the gas works. Guess it will not all end in “gas.”
Lansingburgh Democrat. August 23, 1855: 2 col 3. 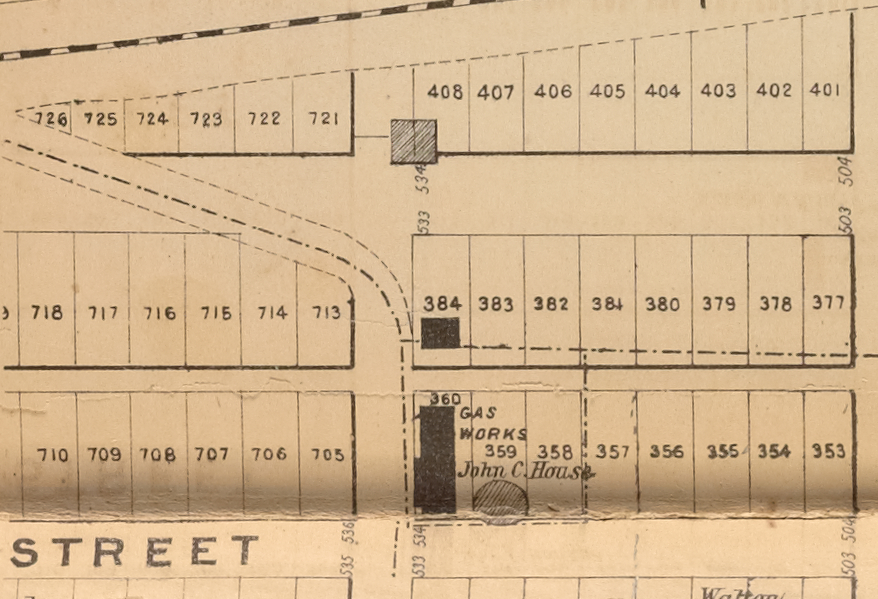 STORM MAKES HAVOC IN TROY.
—
Part of the D. and H. Bridge Blown Upon a Train.
—
SEVERAL PASSENGERS INJURED.
—
Two Men Fatally Hurt Under Falling Walls in Lansingburgh.
—
Troy was in the path of the cyclonic wind and rainstorm yesterday afternoon, and much damage was done.
The wind blew a hurricane, and great sheets of water swept everything before it. Chimneys, signs and lingering campaign banners were hurled through the air, and there was a general suspension of business and traffic for nearly an hour.
Telephone and telegraphic service was crippled and the streets were deserted. A 25-feet section of one side of the Delaware and Hudson bridge was blown down just as a train was passing over the structure. The immense mass crushed against the two rear passenger coaches, crushing their sides in and seriously injuring seeveral passengers.
The greatest excitement prevailed and the tracks were covered with debris. Travel was delayed for several hours.
The gas house, a celebrated landmark, at the corner of [One Hundred] Fourteenth street and Eighth avenue, Lansingburgh, was struck by the cyclone, and the immense roof was lifted off and fell with a thundering crash. John Myers and Peter Delaney were probably fatally injured. They were crushed beneath the north wall of the building, which afterward fell on the sidewalk as they were passing. The entire building then collapsed and is in a mass of ruins.
Albany Morning Express. November 19, 1892: 1 col 4.