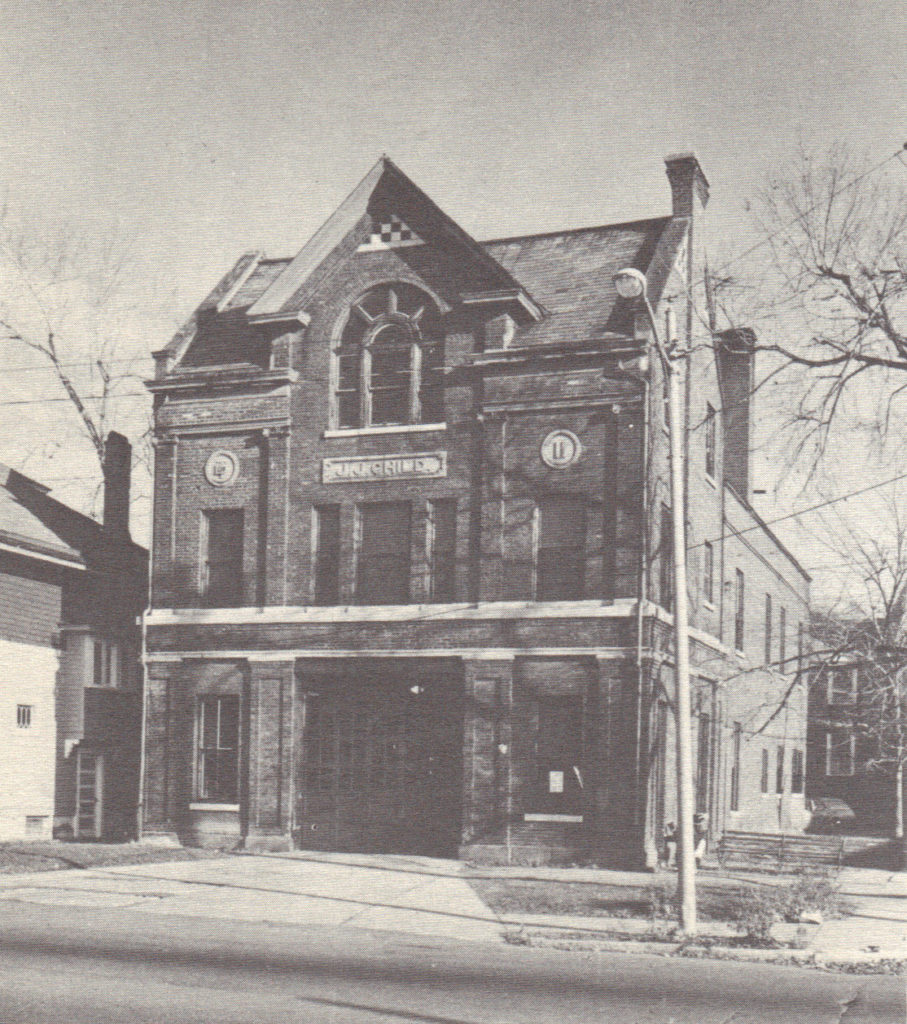 J. J. Child Steamer Co. No. 11
Corner of Fifth Ave. and 106th St.
Named for James J. Child, an important coal dealer in 19th century Lansingburgh, this firehouse was occupied by Steamer 11 in 1902, soon after Lansingburgh was incorporated into the city of Troy. The Child steamer house is another of the architecturally significant Troy firehouses named for local industrialists or civic leaders. It was last used in 1971 when the new Lansingburgh fire station was opened.
Waite, John G, and Diana S. Waite. Industrial Archeology in Troy, Waterford, Cohoes, Green Island, and Watervliet. Troy, N.Y: Hudson-Mohawk Industrial Gateway, 1973. 26.

A New Steamer Company.
The recently organized fire company of the Fifteenth Ward held a meeting last evening at the Troy Yacht Club house. The President, J. Walter Wright, presided, and a number of new members were received, bringing the membership to sixty-six. After considering the matter of a constitution for some time the organization adopted the constitution of the Bussey Steamer Company of Troy. The name of the new organization will be the J. J. Child Steamer Company, and the location, as well as the membership, gives promise that it will become one of the crack organizations of Greater Troy. tion will probably be taken at the next meeting of the Board. The first regular meeting of the company will be held Monday evening, January 7.
“Lansingburgh.” Troy Times. December 12, 1900: 4 col 3.

—The members of the newly organized J. J. Child Steamer Company will enjoy a spread at the yacht club house New Year’s eve, after which the firemen will sign the midnight roll.
“Lansingburgh.” Troy Times. December 27, 1900: 3 col 6.