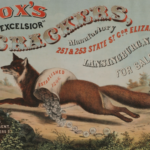 For much of Lansingburgh’s history, when it had been spelled without an h at the end that had been done in error.

For some reason, Troy’s Times Record newspaper starting around 1935 insisted on spelling Lansingburgh without a terminal h. That obstinate style choice went to pointless extremes, as in a 1957 article about a published history of Lansingburgh. The problem even continued after the City of Troy unanimously resolved in 1962 that Lansingburgh should be spelled with an h. Not until 1966 did the newspaper start using the h – most of the time, at least.

H. Irving Moore Prepares Booklet On Lansingburg
“A Pictorial Reminiscence and Brief History of Lansingburgh, Rensselaer County, N. Y.,” has been compiled by H. Irving Moore, 23 106th St. It is a most interesting booklet of 90 pages.
Mr. Moore, a former supervisor of the 15th Ward, has long been interested in the history of Troy and particularly of the uptown section. His booklet, printed by Walter Snyder, 419 River St., is illustrated with 52 full-page pictures.
Many of these pictures have appeared in The Record Newspapers under the heading “This Was Troy.” Included are pictures of oldtime 5th Avenue buses, fire and flood scenes, old advertisements in newspapers as far back as 1796. There is a picture of one of the ice wagons of the B. Cooper Ice & Coal Co. about the turn of the century, of horses and cutters on 5th Avenue about the same period, two views of old Rensselaer Park and an aerial view of a portion of the 15th Ward.
Mr. Moore has credited several local historians for his sources of Lansingburg facts and also mentions the Boice Studio and others who took many of the photographs. He uses the word “Lansingburgh” with an “h” which is the way residents of that section always used it, some of them even after Jan. 1, 1901, when the village became a part of this city and for a time was known as “Upper Troy.”
The booklet is an excellent contribution to local history. It will be appreciated, not only by present residents, but by persons who formerly lived in the section.
Times Record. October 8, 1957: 4 cols 4-5.

Lansingburgh Stretches an ‘H’ In Official Name
The H with it.
Lansingburgh, that is.
A resolution passed by the Troy Common Council Thursday night makes it improper to spell Lansingburgh, a section of Troy, without an H.
Alderman Carl E. Isager, who introduced the measure which was passed unanimously, said Lansingburgh will have a new post office and the question of “Lansingburgh” as opposed to “Lansingburg” should be settled now.
In Troy, some spell it one way; some, the other.
Times-Union. March 17, 1962: 4 col 3.